Books & More! Curbside Pick-Up service is now available. For details about the curbside pick-up service, click here. Library buildings are NOT open to the public. 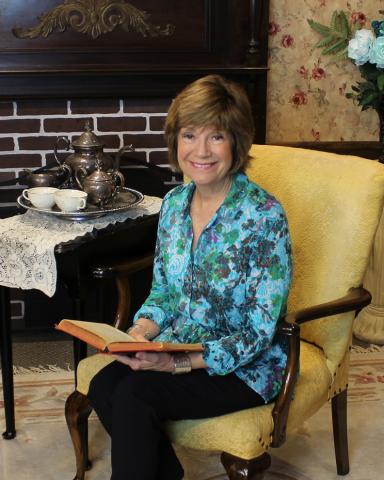 Award-winning historical novelist Ann Weisgarber will read from and sign copies of her newest book, The Glovemaker, at the Sugar Land Branch Library on Tuesday, April 23, beginning at 7:00 pm, in the Meeting Room of the library.

The event is co-sponsored by the Friends of the Sugar Land Branch Library organization, which will be selling Weisgarber’s book.  All proceeds will benefit the library.

Weisgarber’s first two novels, The Personal History of Rachel DuPree and The Promise, received critical acclaim and awards in their debuts in 2009 and 2014. Her newest novel, The Glovemaker, is already garnering rave reviews.

Set in the inhospitable Utah backlands in the depths of winter in 1888, The Glovemaker makes effective use of early Mormon history. Deborah Tyler is a young frontier woman who is forced to make a split-second decision that could shatter her family and her entire fragile community – or redeem them all. She struggles to hold her faith in the face of religious persecution and her fear of the law. Tension-filled and suspenseful, The Glovemaker is a beautifully written novel of moral complexity and the dilemmas of having to choose between loyalty and love, courage and conscience.

Winner of the Stephen Turner Award for New Fiction and the Langum Prize for American Historical Fiction, Weisgarber was nominated for England’s 2009 Orange Prize and for the 2009 Orange Award for New Writers. She was also shortlisted for the Ohioana Book Award, and was a Barnes and Noble Discover New Writer. Her second novel, The Promise, was the first book by an American to be shortlisted for the United Kingdom’s Walter Scott Prize for Historical Fiction.  Weisgarber was inducted into the Texas Institute of Letters in 2014.

Originally from Ohio, Weisgarber earned her master’s degree in sociology from the University of Houston, and worked as a sociology instructor at Wharton County Junior College when she began writing her first novel. She now resides in Galveston.