Made possible by the generous support of the Friends of the Library, the events are free and open to the public. For more information, call the branch libraries or the library system’s Communications Office at 281-633-4734.

•    Sienna Branch Library – Bilingual Family Story Time – 10:30 am. Families with children of all ages will hear stories, rhymes, and songs in Spanish and English. 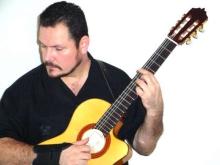 •    George Memorial Library, Richmond – “Nouveau Flamenco Guitar Performance” – 2:00 to 3:00 pm. Jazz guitarist John Acevedo will perform live Flamenco guitar music. Inspired by artists such as the Gypsy Kings, José Feliciano, and Ottmar Liebert, Acevedo has taken the traditional sounds of Flamenco music and developed a soulful, contemporary kind of music that may be considered Flamenco Jazz or Nouveau Flamenco. He has been composing and playing the guitar for more than 25 years.

•    George Memorial Library – “The Chicano Squad: HPD Hispanic Murder Investigation Team” – 2:00 to 3:00 pm. Dr. Natalie Garza (Houston Community College, Humanities Professor) will talk about the Houston Police Department’s Chicano Squad and the outstanding work it accomplished between its inception in 1979 and 2010, when it was disbanded. The group solved 40 homicides in the first few months of its existence, and it was recognized in 1997 by the National Latino Peace Officers Association for clearing 91% of the cases it had been assigned.

•    Missouri City Branch Library – “Brazilian Zouk Latin Partner Dance Class” – 7:00 to 8:00 pm. Brazilian Zouk is a Latin dance which began in Brazil during the early 1990s. It originated from a Brazilian dance called Lambada with influences from other Brazilian dances. In this beginners’ class, Tom Lev from the Sotaki Dance School will teach basic steps, how to create and maintain a good body frame, and how to connect with a partner while respecting boundaries. Each class will cover the fundamentals, plus new moves. Participants may choose to attend either class or both of them. A partner is not required to take this beginner’s class.