The Albert George Branch Library (Needville) will close for minor renovations beginning Mon, Jul 19, until the project is complete.

Let the Games Begin! Exercise Your Mind with Some Olympic Reading!

Whether you are an Olympic hopeful, an amateur athlete, or simply an armchair contender, get ready for the 2021 Summer Olympic Games in Tokyo, Japan, by brushing up on your Olympic history at the library.

Relive the victories of notable Olympians such as track and field stars Wilma Rudolph, Jesse Owens, Jim Thorpe, and Usain Bolt. Learn what inspired phenomenal athletes like Michael Phelps and Louis Zamperini. Recall the grace of gymnasts like Simone Biles and other young athletes who flew through the air with the greatest of ease!

Other amazing and inspirational stories can be found in P.H. Mullen’s Gold in the Water: The True Story of Ordinary Men and Their Extraordinary Dream of Olympic Glory, or Deborah Riley Draper’s Olympic Pride, American Prejudice: The Untold Story of 18 African Americans Who Defied Jim Crow and Adolph Hitler to Compete in the 1936 Berlin Olympics.

Learn about Yusra Mardini’s struggles as a Syrian refugee who competed on the Refugee Olympic Team in Brazil in her memoir Butterfly: From Refugee to Olympian, My Story of Rescue, Hope, and Triumph. In Proud: My Fight for an Unlikely American Dream, Ibtihaj Muhammad tells of the opposition and near-debilitating challenges she faced along her path to Olympic greatness because of her race, religion, and gender. As the only woman of color and the only religious minority on the U.S. women's saber team, she had to push past stereotypes, misconceptions, and negativity to find her own path to success. Her reflection provides an unflinching and honest portrayal of how she managed to stay true to herself and still play by the rules. 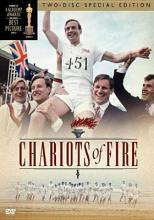 Grab a bag of popcorn and a front-row seat as you experience the thrill of competition while watching the movie Chariots of Fire. Enjoy the PBS documentary, The Real Olympics, which combines a lavish reconstruction of the ancient Greek games with dramatic highlights from the modern Olympics. David Goldblatt’s The Games provides a global history of the Olympics.

The Olympic Games have come a long way from their beginnings in Ancient Greece. Learn how the modern Olympics have evolved in Bill Mallon’s Historical Dictionary of the Olympic Movement. One of the greatest tragedies of the Olympic Games occurred in 1972 at the Munich Olympics, when the world watched in horror as 11 Israeli athletes and coaches were found murdered in an act of political terrorism. Simon Reeve presents a riveting account of that tragic episode in Olympic history in his book, One Day in September.

The national capital of Japan since 1868, Tokyo was a small fishing village known as Edo for centuries. Read about the city’s fascinating history in Stephen Mansfield’s Tokyo: A Biography: Disasters, Destruction, and Renewal: The Story of an Indomitable City, or in David Pilling’s Bending Adversity: Japan and the Art of Survival. FBCL’s Access Video on Demand collection includes numerous documentaries and news items about Tokyo and its path to the Olympics. 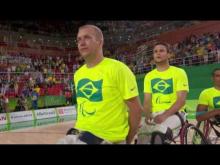 Not long after the Olympics are done, the Paralympic Games take place from August 24 through September 5 in Tokyo. Ian Brittain’s book, The Paralympic Games Explained, provides insight into the second largest multi-sport festival in the world. From the book jacket…
"The book introduces the three most important theoretical models of disability (medical, social and bio-social), to enable the reader to fully understand the Paralympics in the context of wider discussions of disability in society. It also offers a straightforward explanation of the importance of language and terminology in shaping our understanding of disability and disability sport."

FBCL’s Access Video on Demand online film collection offers a number of fascinating documentaries about Paralympians, their challenges, and their phenomenal paths to victory on the worldwide playing fields.

Other amazing athletes are competing for their chance to appear at the Special Olympics World Games. The Winter World Games will take place in Kazan, Russia, from January 22-28, 2022, and the Summer World Games will be in Berlin, June 17-24, 2023. In his book, Fully Alive: Discovering What Matters Most, Timothy Shriver introduces the individuals who helped him find a deeper and more meaningful way to see the world. He talks about how his teachers have been the world's most forgotten minority: people with intellectual disabilities.

In this video documentary in FBCL’s Access Video on Demand collection, Robert Martin promotes self-advocacy for people with disabilities. He travels across the globe speaking to the United Nations, participating in conferences, and sharing his views on mental deficiency centers in this episode of Against the Odds. Hear about his experiences as captain of the soccer team representing New Zealand at the Special Olympics.

In another episode of Against the Odds, Lily Harper talks about her life as a Special Olympics athlete, her fascination with Ellen DeGeneres, coping with Down's Syndrome, and living independently.